Hi guys! You might want to check out Barbara Delinsky’s newest novel entitled Sweet Salt Air. It’s a classic story about the tests of love, friendship, and loss. On an island off the coast of Maine, Delinsky invites you into the world of two reuniting friends who must overcome secrets, betrayal, and lies over the course of one summer to work together and save their lifelong friendship.

Anyway, you can check out the blurb below, plus an excerpt! enjoy! 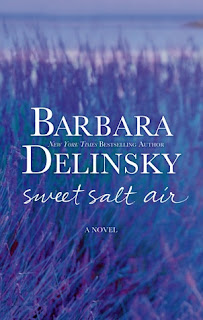 On Quinnipeague, hearts open under the summer stars and secrets float in the Sweet Salt Air…

Charlotte and Nicole were once the best of friends, spending summers together in Nicole’s coastal island house off of Maine. But many years, and many secrets, have kept the women apart. A successful travel writer, single Charlotte lives on the road, while Nicole, a food blogger, keeps house in Philadelphia with her surgeon-husband, Julian. When Nicole is commissioned to write a book about island food, she invites her old friend Charlotte back to Quinnipeague, for a final summer, to help. Outgoing and passionate, Charlotte has a gift for talking to people and making friends, and Nicole could use her expertise for interviews with locals. Missing a genuine connection, Charlotte agrees.

But what both women don’t know is that they are each holding something back that may change their lives forever. For Nicole, what comes to light could destroy her marriage, but it could also save her husband. For Charlotte, the truth could cost her Nicole’s friendship, but could also free her to love again. And her chance may lie with a reclusive local man, with a heart to soothe and troubles of his own.

QUINNIPEAGUE LAY ELEVEN MILES FROM the mainland. With a year-round population of nearly three hundred, it was serviced by a daily mail boat that carried groceries and a handful of passengers, but no cars. Since Charlotte had one of those for the first time in her life, she proudly booked the ferry, boarding in Rockland on a Tuesday, which was one of only three days each week when its captain cruised pastVinalhaven to islands like Quinnipeague. Nicole had offered airfare to speed up the trip, but Charlotte flew everywhere else in life. This summer was to be different.

The car was an old Jeep Wrangler, bought from a friend of a friend for a fraction of its original cost. Giddy with excitement, she stashed the soft top in back, and, as the warm June air flowed freely through windows and roof, drove up from New York herself. She welcomed the time it would take. After a frantic two months of work to free herself up, she wanted to slow down, decompress, and maybe, just maybe figure out why she had agreed to a last summer onQuinnipeague. She had sworn she wouldn’t return, had sworn off painful memories. But there were good memories as well, all of which had flooded back as she read Nicole’s e-mail in Ireland that day. She replied instantly, promising to phone as soon as she returned to New York. And she had. Literally. Right there in baggage claim while waiting for her duffel to come through.

Of course, she would come, she had told Nicole, only afterward doing the reasoning. For starters, there was Bob. She hadn’t gone to his funeral because she hadn’t had the courage to face even a dead Bob after letting him down—letting them all down—so badly. So she owed Nicole for the funeral, and owed her for the betrayal. 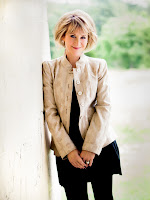 Barbara Delinsky was born and raised in suburban Boston. She earned a B.A. in Psychology at Tufts University and an M.A. in Sociology at Boston College.She describes her novels as character-driven studies of marriage, parenthood, sibling rivalry, and friendship, and she said that she’s been blessed in having readers who buy them eagerly enough to put them on the major bestseller lists. Family Tree was published in 2007, The Secret Between Us in 2008, While My Sister Sleeps in 2009, Not My Daughter in 2010, and Escape in 2011. Sweet Salt Air, her latest, is a 2013 publication.