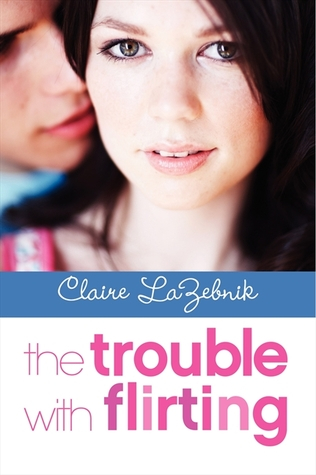 Franny’s supposed to be working this summer, not flirting. But you can’t blame her when guys like Alex and Harry are around. . . .
Franny Pearson never dreamed she’d be attending the prestigious Mansfield Summer Theater Program. And she’s not, exactly. She’s working for her aunt, the resident costume designer. But sewing her fingers to the bone does give her an opportunity to spend time with her crush, Alex Braverman. If only he were as taken with the girl hemming his trousers as he is with his new leading lady.
When Harry Cartwright, a notorious flirt, shows more than a friendly interest in Franny, she figures it can’t hurt to have a little fun. But as their breezy romance grows more complicated, can Franny keep pretending that Harry is just a carefree fling? And why is Alex suddenly giving her those deep, meaningful looks? In this charming tale of mixed messages and romantic near-misses, one thing is clear: Flirting might be more trouble than Franny ever expected.

I didn’t know Epic Fail had a sequel until I saw this cover last year. And now February 26 is near! Yey! It just makes sense how the ending of Epic Fail was not quite an ending. 🙂
How about you? What are you waiting on this week? 🙂
Please like & share:

1 thought on “Waiting on Wednesday: Trouble with Flirting by Claire Lazebnik”