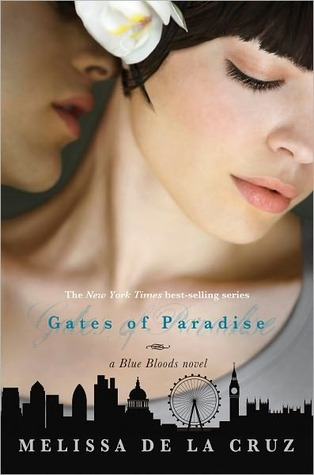 Schuyler Van Alen is running out of time. The Dark Prince of Hell is storming the Gates of Paradise, intent on winning the heavenly throne for good. This time he has his greatest angels by his side, Abbadon and Azrael—Jack and Mimi Force, as they are known in the Coven.
Or so he thinks. Even as Lucifer assigns Jack and Mimi the tasks of killing their true loves, the Force twins secretly vow to defeat the Dark Prince once and for all. But how far will Mimi and Jack go to conceal their real loyalties?
Meanwhile, former vampire Bliss Llewellyn has joined forces with Lawson, the greatest wolf of the underworld, to free his people from their imprisonment in Hell. As they struggle against impossible odds, an ancient message, woven into the very fabric of time, reveals just how much depends on the success of their mission.
Lucifer seeks the key to the Gate of Promise, and when Schuyler is taken captive and delivered straight to Hell, she must make an unthinkable choice—the same one the archangel Michael was forced to make during the Crisis in Rome. Will Schuyler find the strength to do what he could not?
The epic, heartbreaking Blue Bloods series comes to a close with this final novel about staggering courage, unbearable sacrifice, and the immortality of true love.

My Thoughts:
Blue Bloods series is one of the series I’ve been reading since the beginning of my reading frenzy a few years back. And having just finished reading the last page of the book, my heart is very emotional right now. It’s like Schuyler and the others are my friends already, and I really love and adore this series so much, and I’m so sas to see it ending. However! I am alao very happy that they get to have their happy endings too. I also won’t hide it that I’m happy they also aged in the book, because hello? It’ll be unfair for them to stay at 16, while I’m growing up too! Lol.
Gates of Paradise was an epic conclusion to the well-loved Blue Blood series. Melissa de la Cruz was able to deliver it perfectly. I love how she is able to take the story deeper in history. The alternate POV naration was right and fit and just perfect. I love being able to hear from every side of the story as possible. Even though the series was long (7 books!) but each book had an essential story to tell, and not just some useless book published for the sake of publishing. I ansolutely love how each character has their own story to tell, and each of them were given importance. Admit it, not all novels do this, and I very much appreciated that Melissa did it.
The story had so many loops and mysteries. From page one, there was never a dull moment. It was awesome! Lots of action in here, and that was to be expected because this is the last one, duh. I hace no more other words to say other than I will surely reread this series over and over, and I encourage you to do so too! 🙂 this is one of those series you won’t ever forget. 🙂